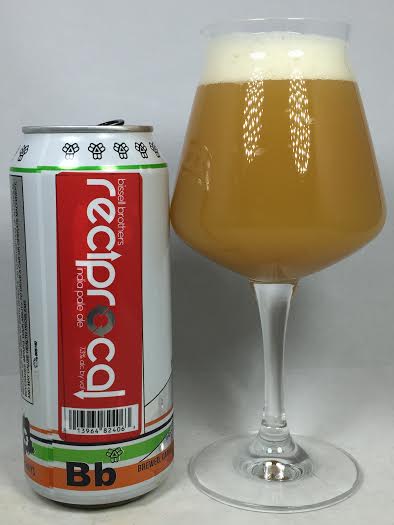 Let me set the scene for you...

INT. MY BEDROOM - 7:00AM ON SATURDAY, JANUARY 23RD 2016
ThrewRedButter is a little hungover (again) and knows there is a can release at Bissell Brothers Brewing in Portland, ME. He contemplates sleeping in, or making the trip which will no doubt take the entire day. Feeling conflicted, he beings to weigh his options...

ME (talking to myself)
Can release is at Noon and it's a two-hour drive. I'd have to get there ahead of time and wait in line and I don't know how long it will be. To be safe I'd need to get there at least 90 mins before open, so I have to leave here no later than 8:00/8:30, which means I have to pull myself together in less than an hour. Whatever. It's not like they'll never make these beers again. I can go another time. I'll just get up now, go poop, and go back to sleep.

VOICE IN MY HEAD
Come on...

ThrewRedButter puts on a dirty t-shirt, pants, and jacket and leaves for Maine.

I hate how easily I buckle to peer pressure.

Ok, so this past weekend I made the trip to Portland, Maine for the release of two beers by Bissell Brothers. It was actually a pleasant experience as the line wasn't bad and I actually met some cool people. It was a rare occasion where it wasn't a dick-measuring contest to see who had had the best beer, but instead it was just people hanging out and sharing experiences. Not to mention, Bissell Brothers provided free coffee and donuts on the cold morning. Pretty cool.

The only beer I've had from BB is their Substance Ale, so picking up two new ones (new to me) was a treat and a half. Today's review is Reciprocal which is an American IPA brewed with all Australian hops including Vic Secret (the popular hop of the moment), Ella, and Summer hops.

Calling this beer unfiltered is a gross understatement. It sits in the glass as a dirty, hazy, polluted light orange which reminds me of pineapple puree. I got a little more than a finger of frothy white head.

Aroma is juicy with grapefruit and orange juice pulp with even a hint of bready malts.

The taste reminds me of juicy fruit gum. A little odd, but Australian hops seem to have that taste. In addition, there's acidic grapefruit and a lighter fruit taste like mango. At the middle of the mouth, some bigger, resinous notes come into play as do herbal and grassy hops. It's actually fruity up front with bitterness in the back as opposed to most other IPA's which have those reversed. Some light, bready malts and even hints of wheat finish the taste off.

Mouthfeel is creamy with somewhat of a flour/dough dryness. Although, even with that, this is still easy to drink and that full, creamy feeling is a nice, unique addition to the body. A big American IPA at 7.3%, the feel is still relatively calm, but also big at the same time. No alcohol warmth and sting either.

Reciprocal had many things in common with other Australian-hopped beers like Tree House Green with it's creamy feel and grapefruit presence. A lot of IPA's with hops from that region tend to lean more on the tropical juices, but this had equal parts juice, bitterness, and malts. While pretty dry, it had enough of those juicy flavors to make it easy to put away. It may not be as juice-forward as other New England IPA's, but it seemed to hit the checklist of many of the requirements set forth by many other IPA's from the area.