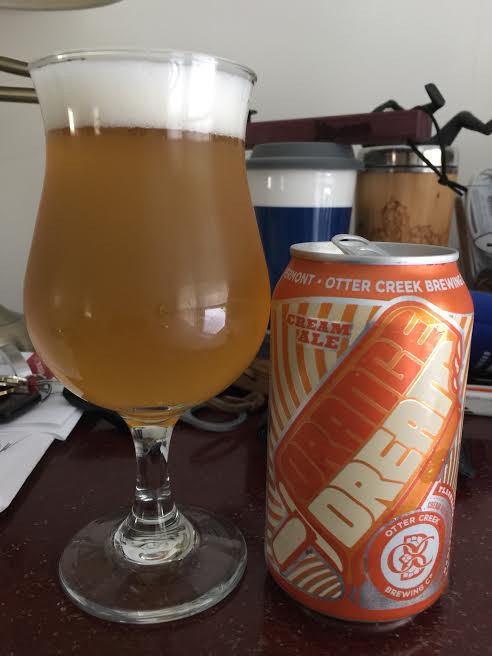 "We're stoked to set this flashback-inspired cream ale into the universe. Grab hold of this warm-weather treat and enjoy the subtle citrus notes of orange peel that are sublimely accompanied by a deliciously smooth vanilla presence, which won't wear out your sweet tooth.
Don't be fooled by the melting pop on the can, The OCB Crew worked hard to create a cream ale with orange peel and vanilla, putting proper emphasis and attention on the cream ale style."

Pours a hazy dark yellow, bordering on light orange with a finger of white head.

The base Cream Ale comes through nicely on the aroma. Orange rind and orange soda are prominent. An overall cream soda feel would be the basic BossTones (The impression that I get...*rimshot*)

The orange and vanilla take some time to develop on the taste as the base beer is what hits me first. The dessert ingredients make up a lot of the confectionery flavors, but the base Cream Ale adds its fair share of sweetness, mainly sweet corn and cereal with light malt flavor. No hop presence to speak of, but given the description, I didn't anticipate much. Letting this warm up does a world of difference as this is basically orange-flavored cream soda. I don't get a typical vanilla flavor, but more vanilla cream, but, hey, I guess that's what they were going for. I get more of an orange candy or orange Jolly Rancher rather than orange peel and it mixes well with the vanilla, so I can't complain. It really is shocking how the Cream Ale itself was dominating, but a change in temperature turned it into a completely different beer.

Mouthfeel is light, but feels bigger than 5.25%. There's plenty of carbonation to go around and this one drinks very easily. The orange makes it refreshing and drinkable and the vanilla does not make it too sweet.

Orange Dream has a good Cream Ale base to go with dessert-like flavors. Again, it is orange soda with vanilla in a can, so Kel Mitchell would probably get a half pack of Rolaids in his pants when he puts this one to his lips. As for me, I liked this unique twist on the style, but to get the full effect, do not drink it right out of the fridge.