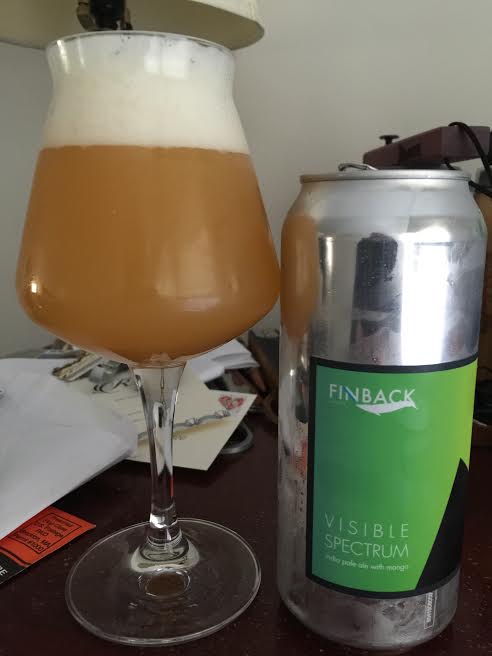 No real brewery description. Had to pull this off the Facebook page.

Pours a glowing light orange with a beautiful milkshake body and over two fingers of fluffy white head.

Mangoes are big on the aroma followed by orange juice pulp and some dankness.

A good thud of bitterness kicks things off on the taste. I didn't get a distinct bitter character on the aroma, so this was nice to see here. Mangoes are here, but they don't steal the show, but notes of pineapple and pomegranate are here with each sip. On the second half a wave of spicy hops contribute basil and green tea with dashes of fresh mint. There's even more bitterness to be found near the end and on the finish, but it thankfully isn't overly aggressive.

Mouthfeel is not as thick and full as the appearance would lead you to believe, but it gets the job done. Drinkability is high even with the spice and bitterness, but I wouldn't go as far as to call it refreshing.

Visible Spectrum adds to the seemingly never ending list of great Northeast IPA's. As an IPA coming in under 7%, this one packs in a complex array of hop flavors while being easy to drink. It pleases veteran hop heads while not being intimidating to those new to the game.