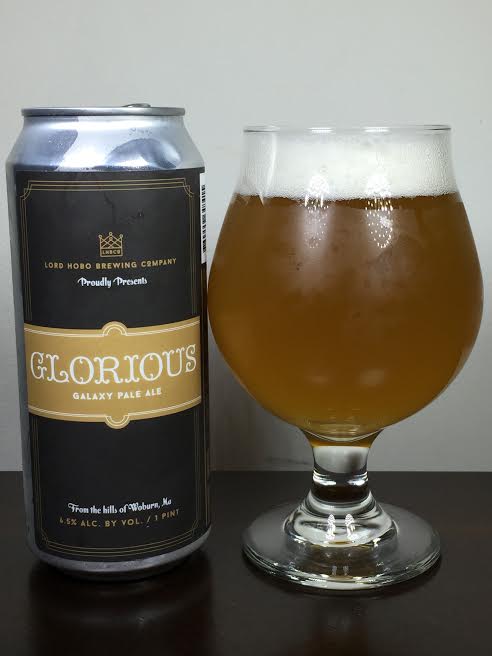 No description on the latest release from Lord Hobo Brewing. This marks (I believe) their 5th canned release and I have previously reviewed two of their other beers. Both were heavy IPA's each at 8% or more, so today, let's pump the brakes and go after a nice pale ale.

Pours a hazy light orange with just over a finger of white head.

Lots of orange and lemon on the aroma. There's a faint hop aroma with a tiny bit of dankness and a nice malt base.

Some good earthy hop flavor comes at me first and then there's a tiny bit of pineapple juice extract to help fight off the bitterness. I think the malts are contributing a lot more than expected as each sip retains some burnt toast and bready flavors. Lemon peel and a bunch of citrus are prominent throughout and the finish, in addition to a big malt presence, has that classic Galaxy dankness on the aftertaste.

Mouthfeel is medium and full. It has a big enough body to pass for a standard IPA, but also drinks as easy as it should for the style. Some good carbonation is noticeable and there's no warming from the alcohol.

Glorious works as a highly drinkable pale ale. It's complex enough to not be lost in the sea of pale ales out there, but it doesn't reach the upper, upper echelon of many other offerings. That being said, it makes great use of Galaxy hops and is worth a try when you see it on your local shelf.

Oh, and the answer is yes. With each sip, I was playing Bobby Roode's theme song in my head.