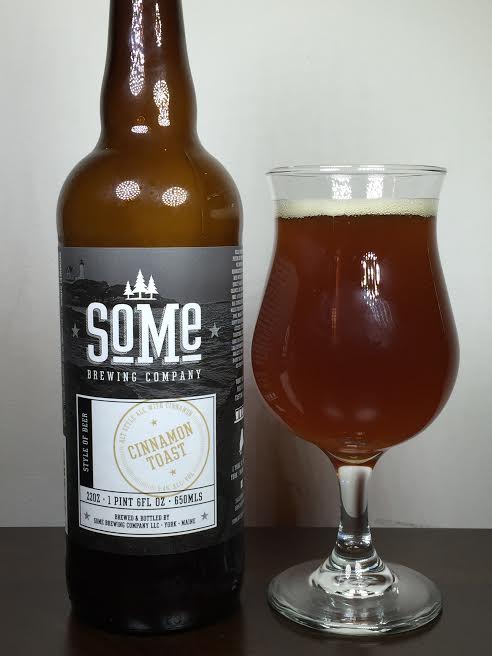 No brewery description on this one. Also no official website to view the beers. Going in dark.

Pours a rusty dark orange bordering on amber with a finger of white head.

The aroma reminds me of a winter warmer with its abundance of cinnamon. There's the slightest touch of vanilla and some multigrain bread.

The taste retains everything from the aroma, but it is greatly subdued. With a beer named "Cinnamon Toast" you'd expect more of a cinnamon sugar flavor, but it's more just pure spice than anything else. The other dominant flavors are the bready malts, but now they are toasted and dark with some more of that multi-grain flavor from the aroma. Imagine Pepperidge Farm Cinnamon Swirl Bread put in the toaster and you'll get where I'm coming from.

Mouthfeel is light, but not too thin. There's no alcohol to be found and it goes down easy.

Overall this promises cinnamon toast and you get what you pay for. While not the most robust flavored ale (only 5.4%), this accomplishes its goal while being a fun beer to drink.