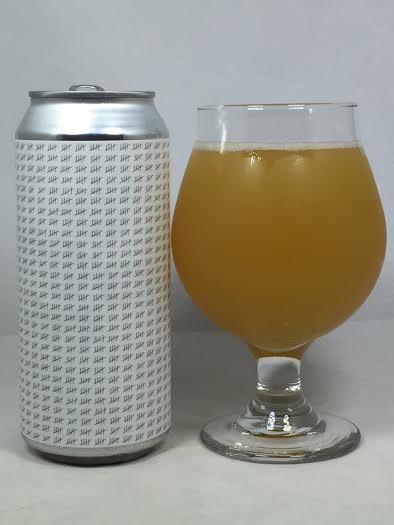 "Brooklyn Stand Up...For the second year in a row we've joined forces with Other Half to bring some collaborative east coast swagger to the IPA game. Hundred Thousand Trillion is next level juicy featuring a powerful combination of aromatic hops and mid-fermentation additions of mangos, peaches & apricots. Crisp. Fruity. Citrusy. Hazy. No Exaggeration Necessary."

Time to bust out another collaboration from Trillium and Other Half Brewing. Last year the duo released two collaboration projects with one released at Trillium in Boston and the other being released at Other Half in New York. I was only able to get my hands on the former and it was one of the best beers I had in 2015. Needless to say, when word got out that the two breweries would be making another baby, the beer world took notice and immediately waited for release day. As it turns out, release day was this past Friday, June 24th and what a scene it turned out to be. I made the stop at Trillium's Canton facility which is usually pretty low-key on most days, but the place was mobbed for the anticipated release. Cans lasted only midway into Saturday at both the Boston and Canton facilities, so I am dying to see if the hype is justified on this one. 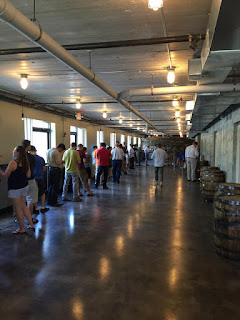 The pour is a hazy, light yellow with a murky body and a finger of white head that disappeared immediately.

It smells like mango juice with no trace of an actual hop presence. Digging deeper, I just get more fruits, particularly peaches. Aging this beer on ripe fruits had just turned this into an aromatic juice nuke.

If you imagine drinking juice straight from the carton, then that's pretty much what you get here. Lots of acidity is running rampant and I'm not sure if that is creating the bitterness, or if the actual hops (the Columbus) are finally contributing flavor to this juice overload. In addition to the juices from the fruits the beer was aged on, the Citra hops are in full force with fresh oranges and the El Dorado hops (one my personal favorite) are adding some cherry and a Jolly Rancher-like lemon or even candied peaches. The abundance of fruits are being fought off by a large acidic content, but the result of that battle is delicious on all fronts.

Mouthfeel is full-bodied and has that creamy quality most Trillium IPA's tend to have. I think at times the acid and bitterness is reminiscent of drinking orange juice after brushing your teeth, but the effect doesn't last long enough to be off-putting. Because the juices are so vibrant, the drinkability on this is incredibly high.

I must say that HTT had me on the fence at first with so much stone fruit up front, but the taste yielded some complexity that is rarely seen in a lot of mainstream IPAs. The hops utilized played their roles perfectly with the juicy hops adding fruit flavors and the bittering hops doing just that. The El Dorado hops played both roles and when I saw they were being used in this beer I was Christmas morning happy. Toss in aging this on apricots, mangos, and peaches, and the fruit overload was almost too much to comprehend. When I had my first can, I wasn't exactly blown away, but looking back I think my palate was a bit overworked. Working on a clean slate for this review, I think this is another outstanding collaboration between Trilium and Other Half. The biggest gripe people have with this was the sticker price ($20 per 4-pack), but what did you expect from a one-off collaboration at a brewery-only release? Just shut the hell up and enjoy the beer.

Email ThisBlogThis!Share to TwitterShare to FacebookShare to Pinterest
Labels: American IPA, Other Half, Review, Trillium