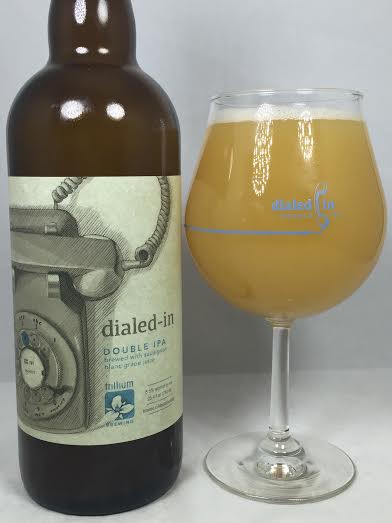 This past Sunday I attended Trillium's 3rd Anniversary Party. The tap list was immense, the DJ was spinning 90's hip-hop, and the other 149 people in attendance were all cool as hell to talk to (yes, I actually...*drumroll please*...SOCIALIZED!). Going to an event like this had its perks. Not only was Trillium unleashing some of their rarer offerings... 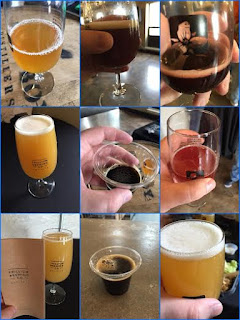 ...but as an attendee, I was given a sneak peak at their 3rd Anniversary DIPA: Dialed In. From the website...

Plus I got to take home a bottle and commemorative glass for myself... 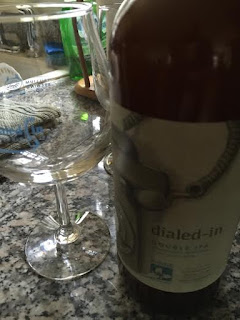 It wouldn't be a big Trillium DIPA without an ugly, murky body with no chance in hell of ever seeing through it. The color was a little lighter than I was expecting with more of a yellow body rather than the typical dark orange. Also not much head to speak of as the half a finger's worth disappeared immediately.

The aroma is a Nelson lover's dream with grapefruit, grape juice, and white wine for days. I'm also getting a nice slice of bitterness in the form of pine and then it finishes with fresh orange and creamy sherbet. 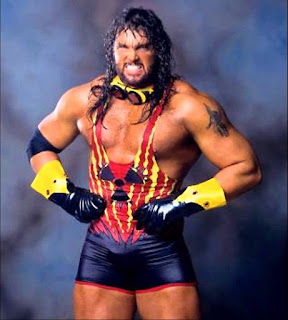 References to 90's WWE wrestlers aside, this thing is so juicy I am actually having a difficult time accepting the fact that this is beer.

The grapefruit is strong with this one and had low acidity. The biggest flavor I can't escape is a creamy orange sherbet which is almost sugary in a way. Another thing that is biting at my heels is that distinct Sauvignon Blanc juice which, when combined with the onslaught of Nelson, really does make for a heavy white wine taste. In fact, thanks to the combo of the two, the flavors make this more of a white wine rather than a DIPA. Pineapple is another big contributor here with the taste being reminiscent of biting into freshly-sliced pineapple rings. The whole flavor profile is incredibly tropical. The back end and finish have a small amount of bitterness, but not much to speak of and the finish retains some grapefruit acidity.

I like the mouthfeels on my New England DIPA's the same way I like my men: Full-bodied and creamy. This has that for the most part, but I do feel the body transitions a little thin as it passes from the middle of my mouth to the finish. It is not watered down at all, but it does lack the full-bodied feel of many other Trillium IPA's. Carbonation is also a little lacking which tends to make the body a little flat at times. That being said, thanks to the overload of Nelson and juices, the drinkability is sky-high for an 8.5% DIPA with no alcohol to be found. Refreshing to say the least.

Dialed In is another entry into the long line of great Trillium IPA's. Now, I have to say that while I loved the flooding of Nelson at every turn and the over all juice nuke that the beer offered, I do wish that there was some hop bitterness on the taste to bring at least a little balance. The slightly watered-down feel and lack of carbonation were also minor gripes, but overall, there is enough tropical juiciness to keep anyone engaged and Trillium veterans will easily take to this one just like all of their other beloved favorites.