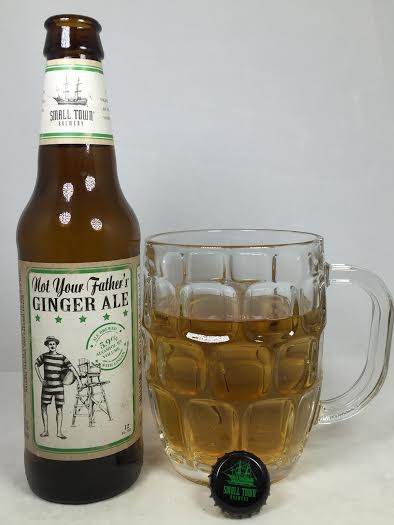 The Not Your Father's Root Beer craze hit its zenith during this past Summer and has since vanished faster than Haddaway (Oh, just Google it!). I feel that beer got a bad rap. Before Small Town Brewing made a deal with Pabst to take NYFRB national, they were just an obscure operation out of Illinois whose alcoholic root beer was receiving unanimous acclaim and was being heavily sought out on trade forums. Now that you can find it anywhere, in mass quantities, year-round, the reviews have taken a nose-dive because now that it is easily accessible, people don't want it. Oh, and now people complain that it is just root beer with alcohol. Well, (pardon my French) but no fucking shit! What did you think it was when you bought it and were clamoring for it a year ago? Now beer purists/elitists/snobs and people who live and die by the Beer Advocate Top 250 are too good for it. Well, just shut the hell up! You drank it, you liked the way it tasted, but you won't admit it because you think it is just a "chick beer". You suck.

Wow, I went off on a little tangent there, didn't I? Ok, back to reality. So, from the minds of Not Your Father's Root Beer comes this little fella that I spotted on the shelf next to NYFRB. I wasn't even aware a ginger ale from these guys was in the works, but since I liked the root beer so much, I had to give this a try.

Pours a transparent goldenrod color. The head disappeared instantly much like soda.

I mean, I don't know what else to say except that it smells like ginger ale (no shit), but it is significantly sweeter than any brand I've had as it has notes of caramel and even some vanilla with the faintest hint of wood.

It tastes more like cream soda than ginger ale, but it is still tasty and refreshing. Though the initial gush of flavor is a smack of ginger that tastes better than any commercial ginger ale I've come across. Going back to the aroma and the sweetness, it emerges here again towards the middle with those aforementioned caramel and vanilla characters. Like its brother, there is no overly sugary flavor as it drinks like standard soda, but with more genuine ginger.

Mouthfeel is loaded with carbonation which makes sense given what the beer is trying to accomplish. A nice, full body which doesn't leave a sticky, syrupy aftertaste made this easily drinkable with sporadic moments of refreshment.

There's not a lot to say here as I conclude the review, but the fact of the matter is that you get exactly what you pay for. If you want a super hoppy IPA, then go down a different aisle at the store. You buy this fully expecting alcoholic ginger ale and alas, that's exactly what you get. It tastes like top-tier ginger ale and you can't taste the alcohol, so tread lightly when gulping this down.