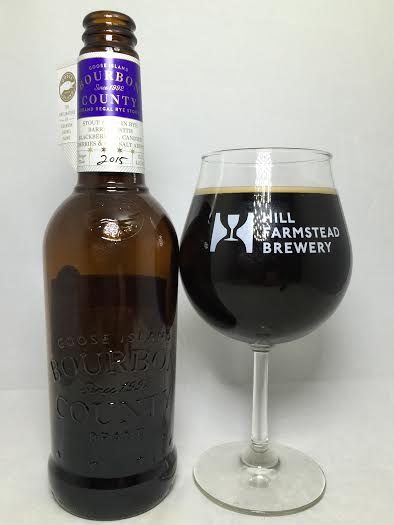 Every year Goose Island does somewhat of a "one-off" variant for the Bourbon County Brand  Stout release and this year's is one of the most unusual. We've seen vanilla and we've seen cherry, but Regal Rye has thrown in components never seen before with BCBS. It is BCBS aged in rye barrels with blackberries, candied cherries, fresh sour cherries, and sea salt. A little tentative? Yes I am. The trade forums are going apeshit for it as people are frantically trying to acquire this one variant with at least two dozen offers (or probably more) being made per day. How "Regal" can this be? 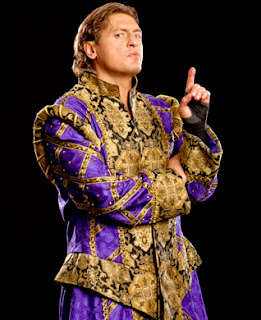 Maybe not THAT Regal, but we can only hope.

Pours like all the others: pitch black with dark brown edges and less than a finger of brown head.

It smells almost exactly like the standard BCBS with its big bourbon, oak, and roasted notes. I mentioned how the regular BCBS had a cherry aroma to it and the same goes for this.

I can say that the distinction between this and the regular Bourbon County Brand Stout is that with Regal Rye, the cherry and other fruits are definitely more prominent which keeps the base char and oak at bay. Some big cherry and dark fruits work well with the sweet bourbon without leaving you with a Robitussin or cough medicine taste. A little bit of dark chocolate is also detected, but nowhere near as big as the base BCBS. As for the seas salt, I personally can't pick it up at all. I'm not sure if I was expecting the salinity of a Gose and I just overhyped that aspect, but in any case, the salt is a no-show and I don't get any genuine sour character at all.

Like every Bourbon County variant, this is also thick and mouth-coating. Some warmth on each sip, but no alcohol taste at all.

Regal Rye was a cute experiment on the Bourbon County name, but I don't prefer it to the other variants in the library. The cherry and berries were very big and even helped accent the bourbon, but a lot of the char and oak were subdued as a result. The lack of promised sea salt also hurt this one, but I don't want the criticisms to lead you to believe that I think the beer is bad. In my opinion it is my least preferred of the Bourbon County series, but it is still a bourbon-soaked bowl of berries with the same feel of the other Bourbon County variants you've come to know and love.