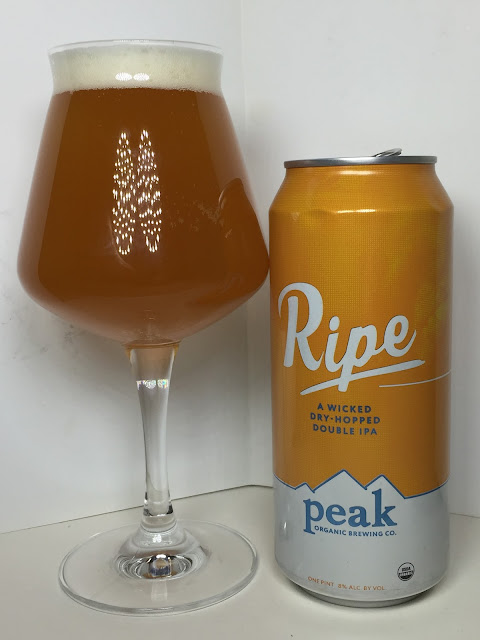 Pours hazy light orange with a finger of white head.

The aroma is surprisingly bland. If I dig deep enough I can find some orange juice concentrate and fresh-cut grass, but then I'm taken aback by an off flavor of buttered popcorn.

The taste isn't yielding much better as a stale bitterness runs rampant throughout. It's not bitter as in hoppy, but bitter as in a beer gone bad (despite being canned less than a month ago). It does manage to start off with a splash of tropical fruits and refreshing orange juice on the very front of my tongue, but I think that is where the good time end. Aside form the bad bitterness, this tastes like unflavored seltzer water which is almost appropriate seeing as this "Wicked Dry-Hopped Double IPA" has almost no genuine flavor to it. As it reaches the end, the aftertaste has a green bean and metallic feeling. It is nearly undrinkable.

Mouthfeel is lacking. This is an 8% DIPA, but it is as thin as regular tap water. As I said before, the lingering vegetal flavors make each sip a challenge, but hey, at least the alcohol is not noticeable.

Don't let this review deter you from Peak Organic because they produce some stellar stuff, but Ripe was just plain bad. It's touted as a massively dry-hopped Double IPA, but there's no way I can believe that to be true. It was lacking in genuine hop flavor and the flavors that were there were unpleasant. I can tolerate this beer and can finish the can, but there's no reason you'd want to. It's a rare miss from this brewery.