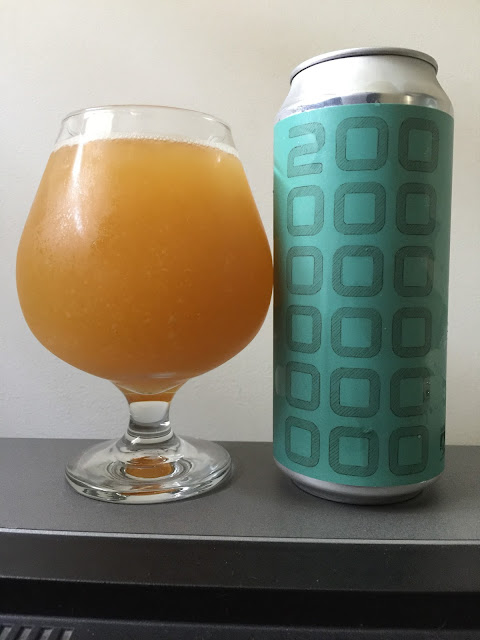 Pours golden orange with a hazy body and less than a finger of white head.

An incredibly juice-forward IPA on the nose is bursting with peaches and mango. Heavy on the orange juice and grapefruit, this one also has a big, dank presence.

The taste starts out with orange rind and zest rather than pure orange juice and it is swept away in a sea of lemon and lime. The influence of the Nelson hops shines through with white wine and grapefruit and is followed up with more lemon and lime. I think I'm getting more of an orange or lemon candy, which explains the sweetness, although it isn't dessert-like. Some good, doughy, bready malts contribute to the taste and gives us some balance, but it kicks back into hop mode with a decent bite of bitter hop juice. The peaches, apricot, and guava add a nice accent to the beer, but unlike a lot of fruited IPA's, this one let's the hops be the star instead of the fruit.

Mouthfeel is full enough, but not as big as I had hoped. It also feels calm with little carbonation, but it still drinks easily and has no alcohol presence.

Email ThisBlogThis!Share to TwitterShare to FacebookShare to Pinterest
Labels: Imperial IPA, Other Half, Review, Trillium