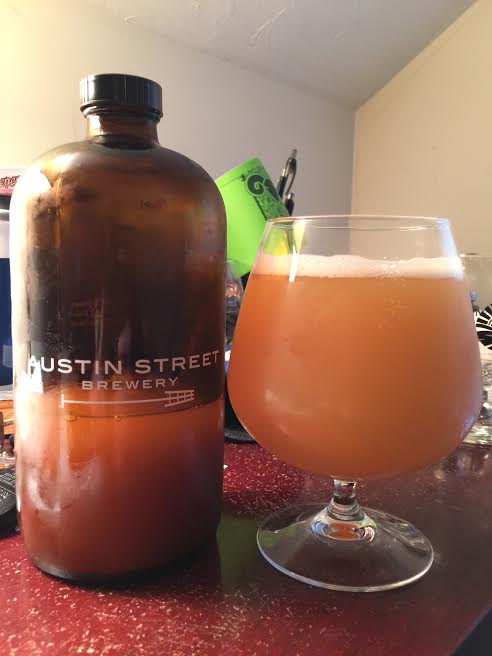 "We're turning 3 years old and to celebrate we brewed a 9% DIPA with all Blue Ox Malthouse malt and some of our favorite hops (Simcoe, Mosaic, Citra, Vic Secret)"

Pours like an orange milkshake with a finger of white head. Completely murky body with no light getting through. A true New England IPA.

The aroma gushed out of the growler and is just a bukake of tropical and citrus fruits. It smells like pureed peaches and orange juice and yet has tons of bitter hop juice with a touch of pine. Truly excellent.

The taste contains a lot more bitterness this time, and I am one happy camper. Pure hop juice combines with the acidity of the citrus notes and orange rind to make a beautiful baby. Those delicious tropical notes are kicking my ass at every turn with mango, passion fruit, and pineapple. I feel like I was thrown into a pit of peaches so big, I almost sense that I am going to find the cast of 90210.... 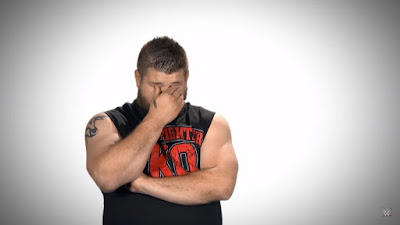 As big as those juices are, the bitterness is everywhere from start to finish. It envelopes everything like The Blob and really lingers for several seconds after each sip. The acidity of the citrus also sticka to the palate, but I am digging it, so I don't find it to be a drinking orange juice after brushing your teeth feeling. I'm also getting lots of lemon and lemon zest as I let this warm which actually makes this monster of a DIPA surprisingly refreshing at times.

Mouthfeel is medium and full. It is perfect for a nearly 10% DIPA. In no way is it syrupy and it feels like a single IPA. It is soft and pillowy, but even though at times it has some warmth from the alcohol, I actually don't mind it in this situation. It is a reminder that it is still a big motherfucker of a beer, but it doesn't take anything away from the taste. It's over 9%, but I can gulp this down with no effort.

There will be times in your life of pursuing great beers where you just fall ass-backwards into something great. In this case, I was in Maine hitting up several hot spots and Austin Street Brewing was on the list. Now, I will put them on blast for a moment and admit that most of their offerings ranged from "ok" to "pretty good". When I had my sample of this bad boy, I knew it was worthy of the highest praise.

It is clear it was made for a special occasion as it not only nailed the "New England IPA" style, but it has left so many other elite examples in the dust. The pure hop juice bitterness acts as bookends to succulent tropical and citrus goodness and makes for one of the best DIPA's I have not only had this year, but one of the best I've had in the history of this blog. This is  a beer people would line up two hours early for on a release day, so I really hope they either make this one again, or continue to brew IPA's in this style.