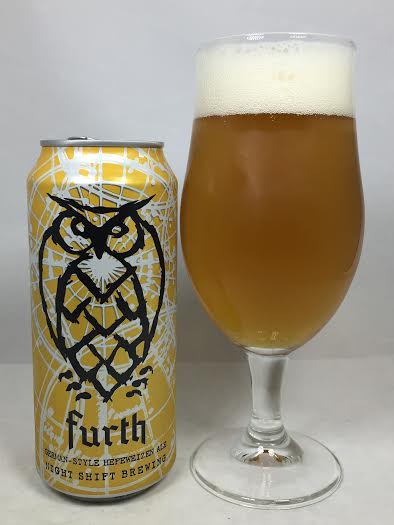 "Named after a Bavarian city, this globally enjoyable hefeweizen sips with refreshing notes of clove, banana, and orange rind"

Familiar banana aroma associated with the style is big, bold, and even sweet. A nice doughy yeast is noticeable as is some orange zest.

The taste is pretty on par with the aroma, but with a few subtle differences. The banana is obviously here, but not as sweet as it was on the nose. Some black pepper spice and a lot of bready dough from the yeast are highlights too. It shares characteristics with an American Blonde Ale with the always present doughiness, but in this case, it isn't as dry. An American influence of orange zest and orange skin is here throughout which makes an already refreshing beer even more so. The finish actually goes back to banana and they are much sweeter on the back end than they were on the initial sip. It's a nice gush of flavor to cap off a solid Hef.

Mouthfeel is standard for the style with a light-to-medium body. Carbonation is solid and while not a true "session beer" at 5.5%, this can still be crushed easily on a hot Summer's day.

Furth is a perfectly good example of a Hefeweizen, but an American influence adds a touch more flavor than other examples that go by the book. It's sweet and refreshing with enough spices and yeast to keep the style in check. This is very drinkable and flavorful, so don't hesitate to grab a 4-pack when you see it.